Posted by thegenerator in Uncategorized

As one of Hamilton’s very successful entrepreneurs, Maureen Worron-Sauvé’s notable achievements make it clear why this city loves her, and why her nomination for the YWCA’s Women of Distinction awards is so well-deserved.

Maureen is the co-founder of award-winning Core Urban, the Hamilton construction firm dedicated to community, restoring historic buildings with a focus on adaptive reuse and an eye toward modern, livable design. Alongside her husband David, she is also owner of seven Tim Horton’s franchises in central and east Hamilton, and has co-authored nearly a dozen research papers published in a number of medical journals.
What’s more impressive than this is that Maureen has done it all while fighting a terrible and often crippling autoimmune disease – scleroderma. Through the pain and debilitating fatigue, Maureen was instrumental in launching the Hamilton Scleroderma Group and the SPIN group, internationally recognized for their work in improving the quality of life for patients. In her leadership roles as President of each Scleroderma Canada and the Scleroderma Society of Ontario, Maureen has successfully advocated to governments for improved access to medications and raised awareness of scleroderma throughout Canada. Her efforts have had a major impact on scleroderma research locally (through the Hamilton Scleroderma Group) and abroad, leading to her being awarded the Canadian Organization of Rare Disorders “Rare Honour Award”  as well as the U.S. Scleroderma Foundation’s “Messenger of Hope Award.” 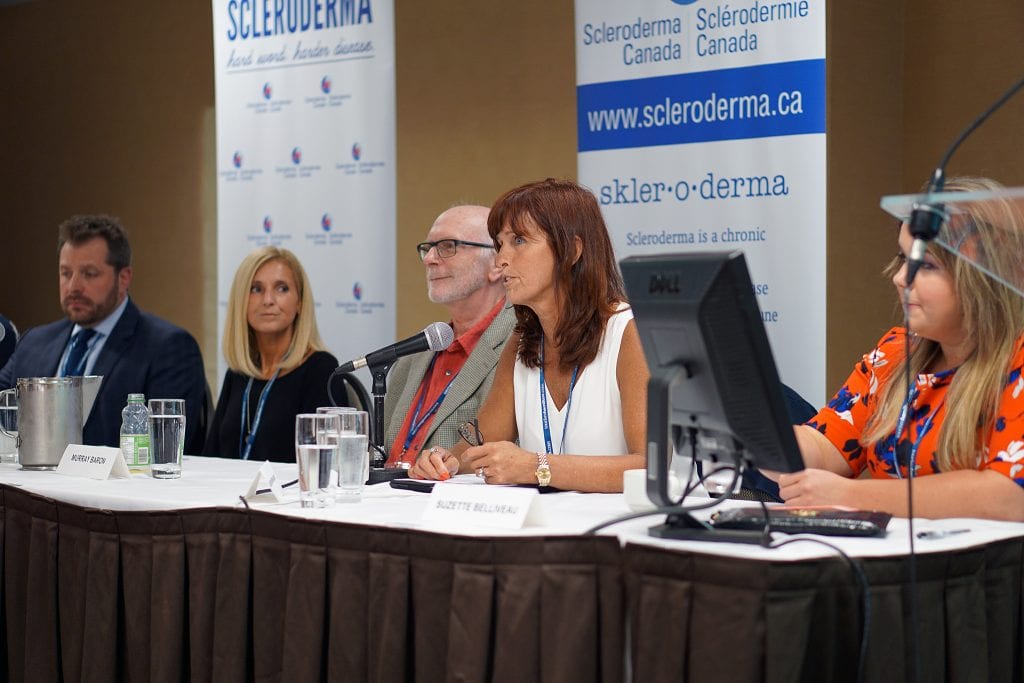 Maureen has been so incredibly influential in advancing scleroderma research that in 2018 “The Maureen Sauvé Inspiration Award” was named in her honour.

Having worked with Maureen through Scleroderma Canada and experiencing her determination first-hand, we are proud to have nominated her for the 2019 YWCA Women of Distinction Awards.
-Marty, The Generator
Learn more about Scleroderma at sclerodermacanada.ca