Posted by thegenerator in Uncategorized

Lise-Anne Gregoire fulfilled her dream of operating a vegan business back in 2012 with the beginning of Fairly Frosted in the Guelph area. The dream takes a turn into Hamilton this year, with the launch of a brick and mortar bakery opening on Valentine’s Day in the cafe space at the Kitchen Collective at 811 King Street East.

The business began by filling the void for vegans around Guelph, Kitchener and Waterloo with deliveries of vegan treats to area cafes (including Cafe Oranje). Fairly Frosted gained a following for its creative vegan ice cream flavours, ice cream sandwiches, to-die-for butter tarts, and scrumptious cakes. Not only is everything plant-based, it’s all gluten-free and nut-free too. 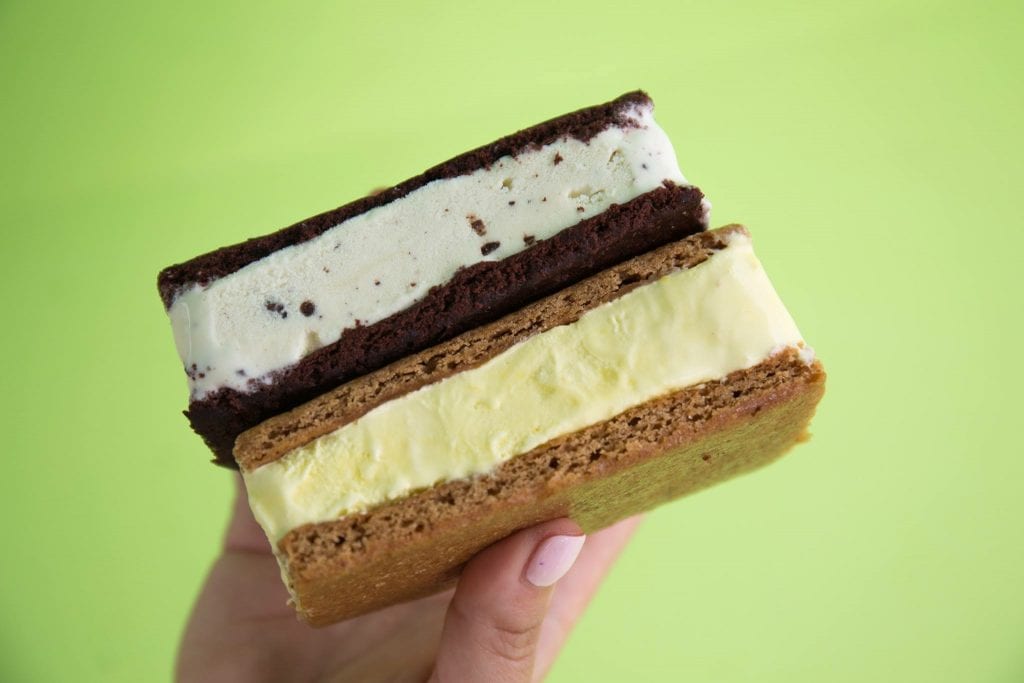 “We cover a lot of bases for food allergies,” Lise-Anne says, sitting in the front cafe section of the Kitchen Collective amidst newly painted walls in their signature grape colour. Lise-Anne creates her own flour blends for the perfect texture for the baked goods, and can customize for special orders for anyone who has allergies not covered by their usual vegan, gluten-free, nut-free baking. 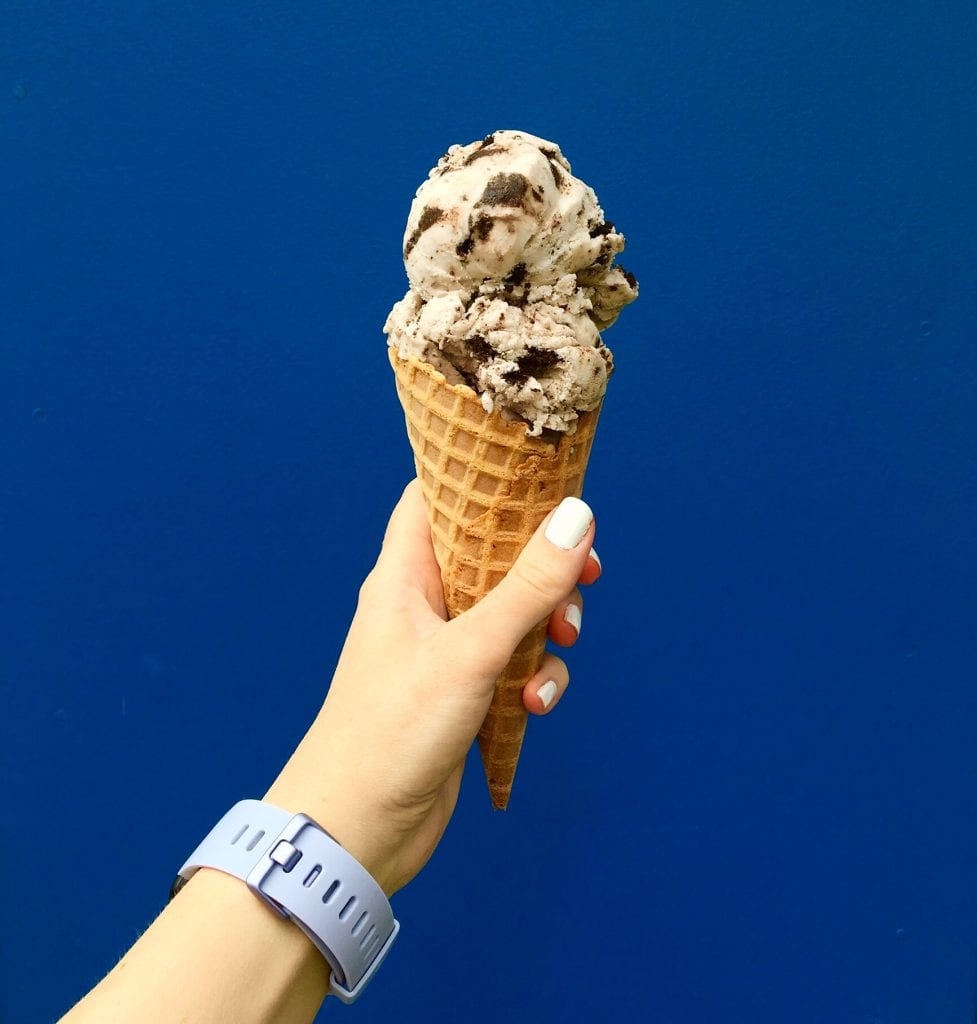 What she’s really excited by is the ability to be more creative in the new shop. “We have over 25 flavours of vegan ice cream already, actually probably a lot more,” she recalls. She’s excited to have the space to have many different flavours on offer at once. Her eyes light up talking about the vegan soft serve to come later in the season, and the dessert tacos that they’ll be able to make with it. As it is, the shop will already offer hand-rolled waffle cones during the opening this weekend, and the first 20 customers will get one for free when they purchase ice cream on Saturday. The first 20 customers on Friday will get a free scoop with purchase, and Sunday’s first 20 will get a free cookie. There will be special Valentine-themed ice cream flavours like Rose Stracciatella, Cinnamon Heart and Lavender Strawberry, all coconut based. 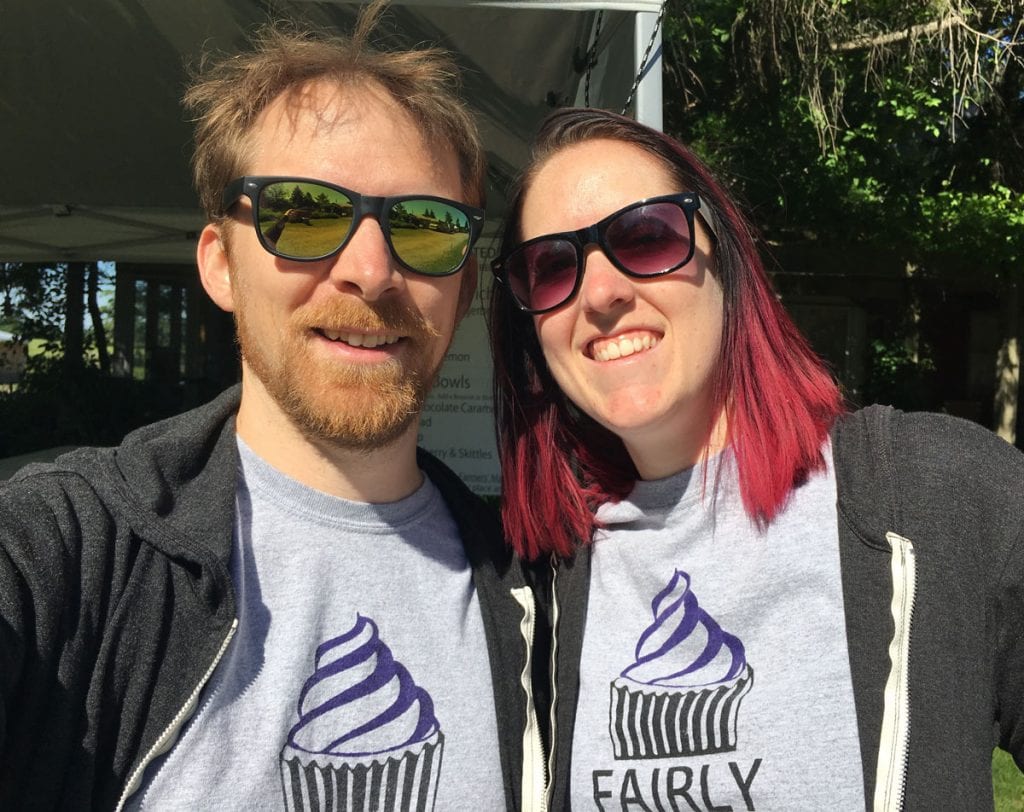 Both longtime vegans, Lise-Anne is the driving force behind the business with assistance from her husband and business partner, Chad, who contributes to the marketing, finance, and overall strategy of the business. Lise-Anne also juggles her time as a new mom to a baby daughter. It was very inspiring to hear everything she has accomplished as an entrepreneur over the past 7 years. 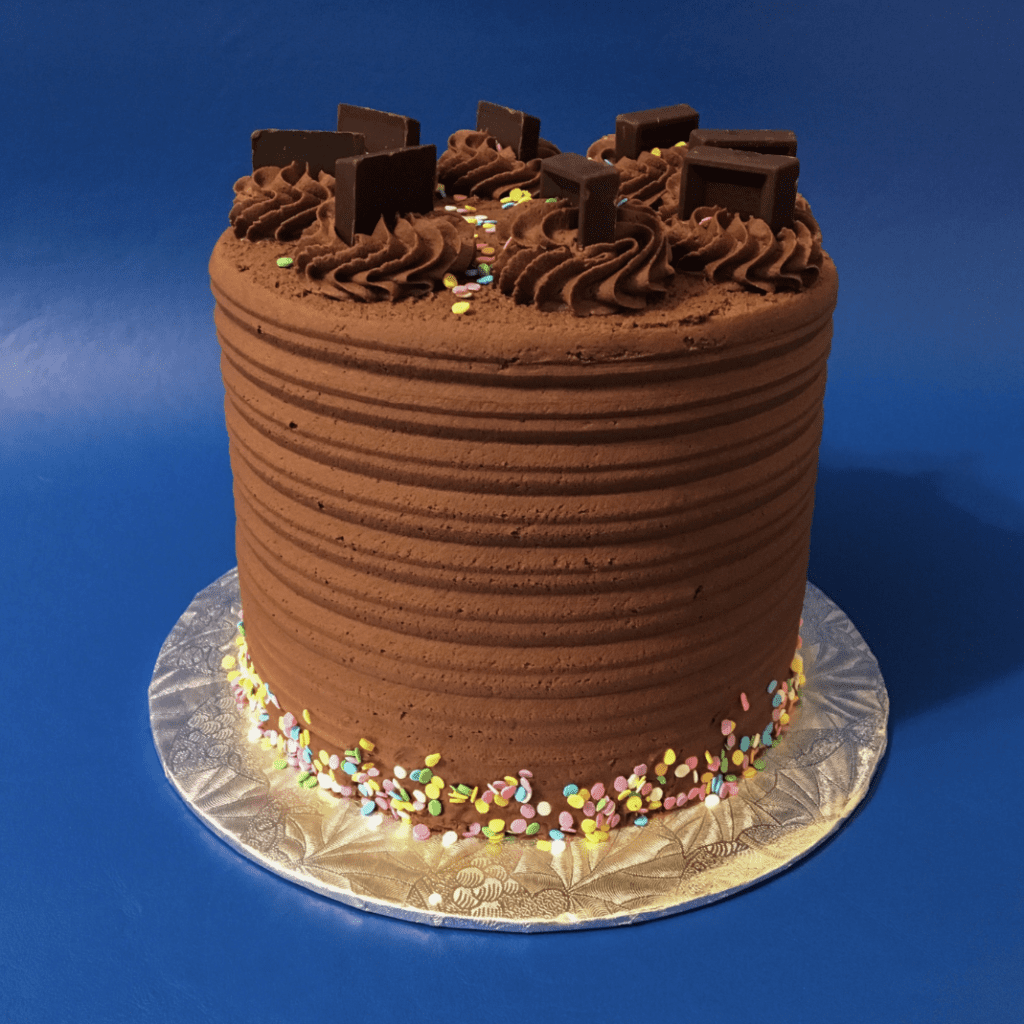 Check out Fairly Frosted during their opening weekend – starting at 4pm on Friday (Valentine’s Day) until 9pm, or Saturday 2-9pm and Sunday 2-8pm. The shop will be open weekends during the winter season before ramping up hours as the weather warms up.